Psychological Aspects of Belief in God by Lionel Corbett, M.D.

Register by January 14th and an email will be sent to you by January 15th containing a Zoom link for participation.

If Jung is correct that there is an innate image of God in the psyche, this presence would help to explain why people have religious beliefs. However, many people do not, and this needs an explanation. This talk will describe some of the reasons that people believe or disbelieve in God. Dr. Corbett will discuss reductive theories that attribute this belief to early infantile experiences with mother, an idea held by many psychoanalysts. Each school of psychology has its own explanations. There are also theories that see the idea of God as nothing more than the projection of human psychology, while recent evolutionary, neurological, and cognitive theories also try to explain this belief. Finally, Dr. Corbett will describe the influence of early family dynamics on the development of our images of God, using the example of the life of Martin Luther. Then, using what we can glean from St. Paul’s writing about his personality, Dr. Corbett will look at some of the relationships between St. Paul’s psychology and his theology. 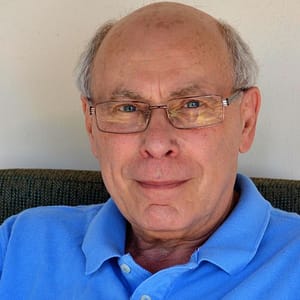 Lionel Corbett, M.D., trained in medicine and psychiatry in England and as a Jungian Analyst at the C. G. Jung Institute of Chicago. He is a professor of depth psychology at Pacifica Graduate Institute in Santa Barbara, California.

He is the author of five books: Psyche and the Sacred; The Religious Function of the Psyche; The Sacred Cauldron: Psychotherapy as a Spiritual Practice; The Soul in Anguish: Psychotherapeutic Approaches to Suffering; Understanding Evil: A Psychotherapist’s Guide; and, most recently, The God Image: from Antiquity to Jung. He is the co-editor of four volumes of collected papers: Psyche’s Stories; Depth Psychology: Meditations in the Field; Psychology at the Threshold; and Jung and Aging.