Field of Dreams: Playing with the Father Archetype

Register by March 4 and an email will be sent to you by March 5 containing a Zoom link for participation.

*2 CEs are available for this presentation. CE-seeking participants must apply separately for CEs here.

In the 1989 film Field of Dreams, Ray Kinsella (played by Kevin Costner) hears a voice in an Iowa cornfield saying, “If you build it, he will come,” which is his call to venture the hero’s journey as described by Joseph Campbell. Ray builds a baseball field that becomes an imaginal space where spirits appear. Guided by voices from the field, he goes in search of elders who can advise him as to the history the voices imply that they want him to understand. Gradually, Ray’s disappointment with his own relationship with his father comes to the foreground, revealing that what seemed like the latter’s lack of courage stemmed from a baseball scandal that had compromised his integrity and broken his spirit. The film culminates in a most moving scene where Ray engages his young father’s beautiful anima which the baseball field that Ray has built now allows him to see clearly.
As Field of Dreams culminates in bringing the ghost of Ray’s father to life, the mindful viewing audience is ready to play with the possibility of its own similar transformation of our attitude toward the spirit of the father. After a presentation, film clips will be shown together to encourage mindful viewing and personal reflection followed by discussion. 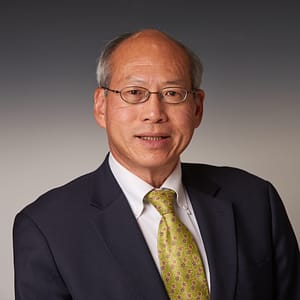 Francis G. Lu, M.D., is the Luke & Grace Kim Professor in Cultural Psychiatry, Emeritus, at the University of California, Davis. As a Distinguished Life Fellow of the American Psychiatric Association, Dr. Lu has contributed to the areas of cultural psychiatry including the interface with religion/spirituality, psychiatric education, diversity/inclusion, mental health equity, and psychiatry/film. He has led or co-led 36 film seminars since 1987 at the Esalen Institute in Big Sur, California. He has presented film seminars sponsored by the C.G. Jung Institute of San Francisco, C.G. Jung Society of St. Louis, and the Centre of Applied Jungian Studies.